Year in Review for the Shipping and Cargo Industry

Year in Review for the Shipping and Cargo Industry 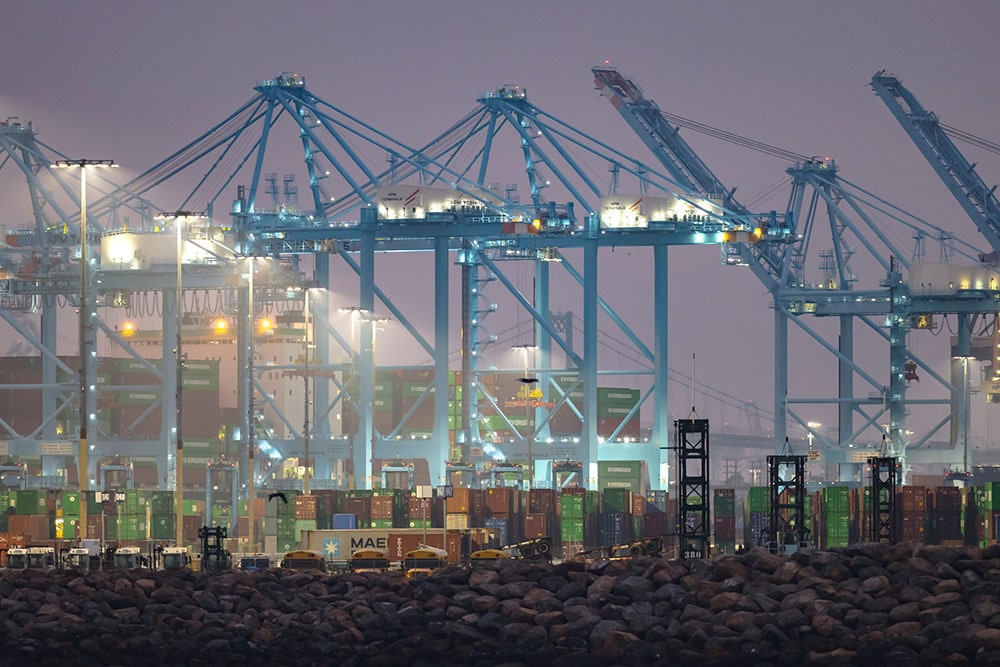 2021 has been an unprecedented year for the shipping and cargo industry. The pandemic has put massive pressure on the global supply chain, leading to factory closures, labor shortages, and significant delays at key ports. After all, much of the global population has been sitting at home for over a year, saving up money that would’ve been spent on normal goods and services. Now that the economy is restarting, people are spending that money all at once, increasing demand just as supply is being constrained.

Covid restrictions and a general labor shortage have left ports and warehouses without the workers they need to unload cargo ships. Truck drivers are in short supply, which is lengthening the time that it takes for goods to reach their destinations. Shortages of equipment like intermodal chassis are slowing down the pickup of vital cargo from the ports.

Nevertheless, the industry is persevering, making adjustments, and doing its best to keep the global economy moving, while global trade is under its greatest strain since World War II. Without a doubt the challenges faced by the global supply chain in 2021 are unprecedented. Here are just a few of the highlights from 2021. 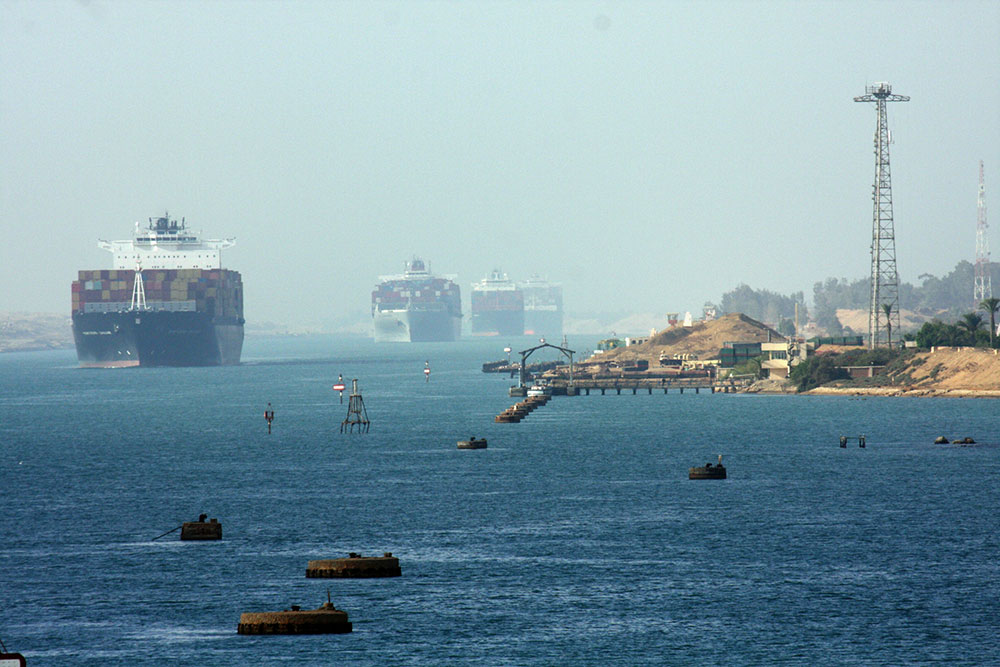 It’s an unfortunate fact of geography that a large portion of global trade must pass through a few small bottlenecks. The Panama and Suez Canals make timely international shipping by container vessel possible. But when these critical waterways are blocked, it results in shipping delays and price fluctuations worldwide.

From March 23-29, the Suez Canal was completely blocked when one of the world’s largest container ships, the Ever Given, ran aground. Container ships keep getting bigger and bigger as global trade increases, and it seems almost inevitable that they would eventually run up against the limited size of the world’s canals.

Approximately 369 ships were stranded, delaying about $9.6 billion worth of trade. The Ever Given’s predicament could’ve happened any time, even during a non-pandemic year. You often don’t notice when something is working until it breaks. Such was the case with many people this year, watching the impeccably organized global trade system grind to a halt because of one big stuck ship. 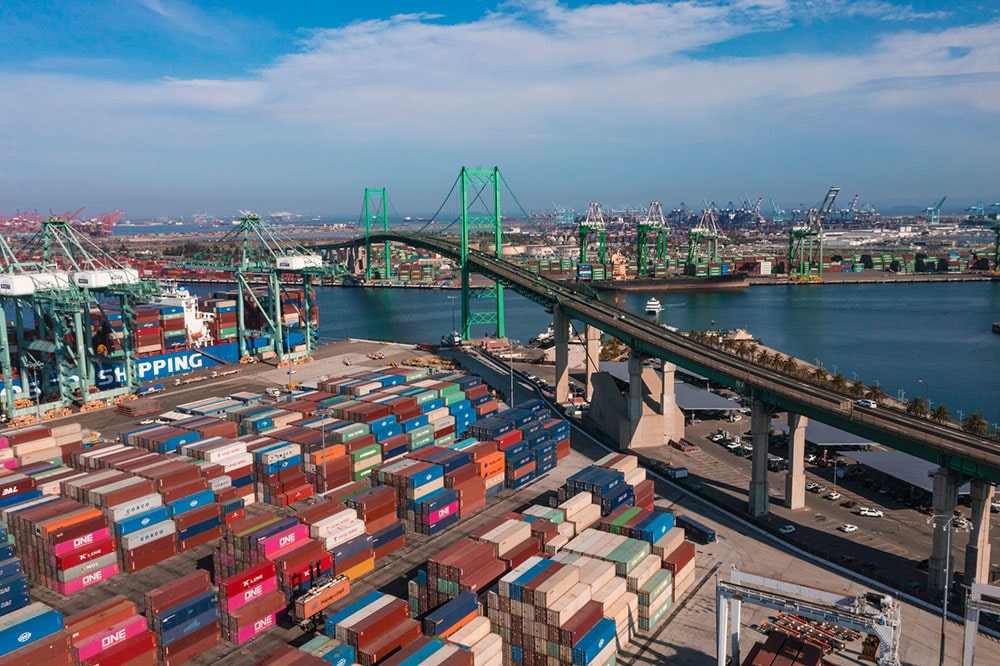 Residents of Los Angeles and Long Beach, California, two of the United States’ busiest ports, have watched a problem gradually expand to epic proportions over the past year and a half. It began with cruise ships quarantining offshore due to Covid outbreaks. Then residents started to notice container vessels piling up, one after another.

As of the start of December 2021, there were 96 container vessels idling off the Ports of Los Angeles and Long Beach San Pedro Bay. What’s causing this massive pileup, which is still ongoing and poised to get worse during the holiday season? A number of factors have contributed to it.

One is that shipping companies have been dragging their feet at retrieving their empty containers, claiming that there’s no space available for them on their vessels. As a result, empty containers have been stacking up at truck yards, outside warehouses, parking lots near the port, and even on the backs of trucks. Port officials have voted to impose a fee on containers that sit for more than six days if intended for rail transport, or nine if intended for trucks. But it will still take time to clear the backlog.

Another is labor shortages. Working at a port can be a hazardous job with long hours at the best of times, and the fear of Covid has made it difficult for ports to retain workers. Covid restrictions can also limit the amount of workers allowed on site. But the key reason for these shipping delays: an unprecedented amount of freight as consumers buy more goods than ever before.

Lastly, there is a shortage of the necessary equipment to retrieve shipping containers for transportation to their final destination. Tariffs on chassis imported from China instituted last year were imposed at the worst possible time, with an impending global supply chain crisis and an inability on the part of domestic manufacturers to meet the demand for new equipment. Add to this the shortage of chassis from those left under empties or preloaded chassis that remain at the ports and it is clear that the shortage of intermodal container chassis has played a significant role in the backlog at West Coast ports. 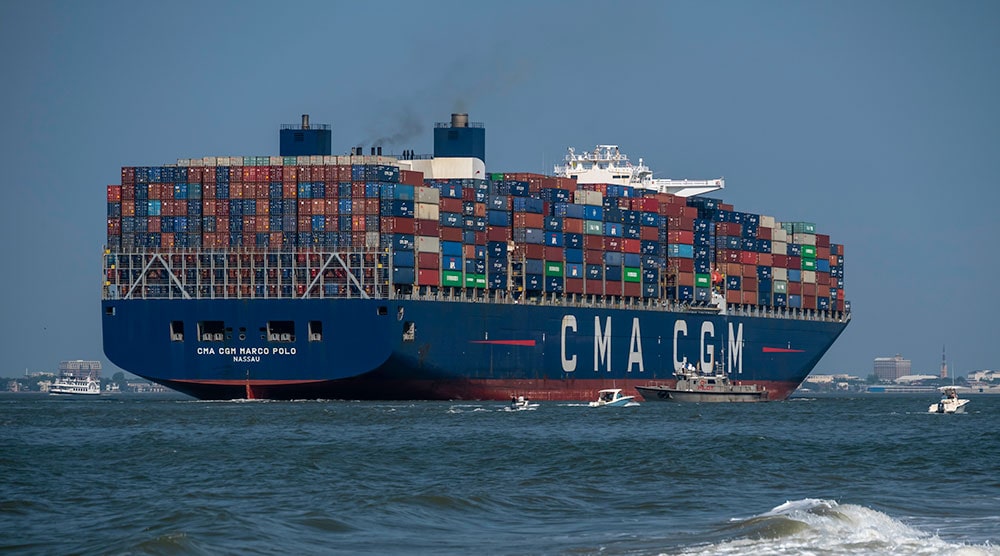 But even while America’s West Coast ports have been experiencing backlogs, its East Coast ports have been undergoing improvement projects to serve larger container vessels. Those improvements bore fruit when in May 2021, the largest container vessel ever to visit the East Coast, the CMA CGM Marco Polo, visited the Ports of New York, New Jersey, Virginia, Charleston, and Savannah.

The Marco Polo has a capacity of 16,022 TEUs and, though its size has now been surpassed, it was the largest ship in the world when it was built in 2013. The containers it was carrying served over 10,000 customers, and it had just completed a journey from Asia via the Suez Canal.

The ship’s visit was made possible due to substantial infrastructure investments at key ports. The Port of Virginia spent about $800 million for upgrades, including the installation of massive new cargo cranes. The Port of New York spent $1.7 billion to raise the Bayonne Bridge, the bridge connecting Bayonne, New Jersey with Staten Island, to allow larger ships to pass underneath. Additionally, several ports deepened their channels and dredged their waterways.

All this work is a step forward in connecting the US’s East Coast ports with burgeoning trade from Asia. It gives container vessels more delivery options and helps ease backlogs at the largest ports. The Marco Polo’s arrival broke a record that had been set only a few months before, when in September 2020 the CMA CGM Brazil became the largest ship to visit the East Coast. Even larger vessels are sure to follow.

Finally, a number of in-person events that had to be canceled or moved to virtual platforms in 2020 were back on for this year. For example, IANA (Intermodal Association of North America) was able to resume its annual Intermodal EXPO in Long Beach, California on September 12-14. This is the core annual conference for the intermodal industry, and intermodal veterans and newcomers alike were pleased to finally see all of their friends and colleagues in-person again. CIE Manufacturing looks forward to attending every year, and we were happy to see the Long Beach Convention Center bustling again.

Outlook for the Year Ahead

The situation for the shipping and cargo industry is only set to improve. With vaccines readily available and natural immunity building up, Covid is on its way to becoming a less deadly disease that will not cause so much disruption to everyday life. It is estimated that demand levels will begin to normalize mid-2022 , and the economy will continue to recover.

In the short term, though, the 2021 holiday season will probably see the current backlog continue. If you have yet to do your holiday shopping, consider buying local and saving your international purchases for next year. By then, the shipping industry will have had ample time to adjust to the post-Covid world.