Pioneers in the Transportation Industry

Pioneers in the Transportation Industry

Since the dawn of civilization, humans have needed to ship material goods from one place to another. Before the Industrial Revolution, people and goods could only move as fast as the fastest horse or ship, but after technologies such as railroads and the internal combustion engine became available, the speed at which goods moved, and therefore society moved, increased exponentially.

Join CIE Manufacturing as we explore pioneers in transportation from throughout history.

At its greatest extent in 117 AD, the Roman Empire ruled over the entire Mediterranean coast, most of Europe, and portions of North Africa and the Middle East. Such a large empire required an intricate, well-maintained network of roads, making the Romans some of the earliest pioneers in road-building.

Among some important Roman innovations were paving roads in stone or metal, cambering roads for drainage to prevent erosion, and flanking roads with footpaths to enable pedestrians to walk side-by-side with large vehicles. So well-constructed was the Roman road network that some roads have survived even today, and modern highways follow their course.

Across the world and a thousand years later, the Inca Empire constructed the most advanced transportation system in pre-Columbian America: a system of roads 25,000 miles long. The Empire maintained a system of relay stations along the roads at one-day walking distances from each other, where travelers could rest and buy provisions. Portions of the Inca road system still exist today and are considered a UNESCO World Heritage Site.

The Industrial Revolution and Railroads 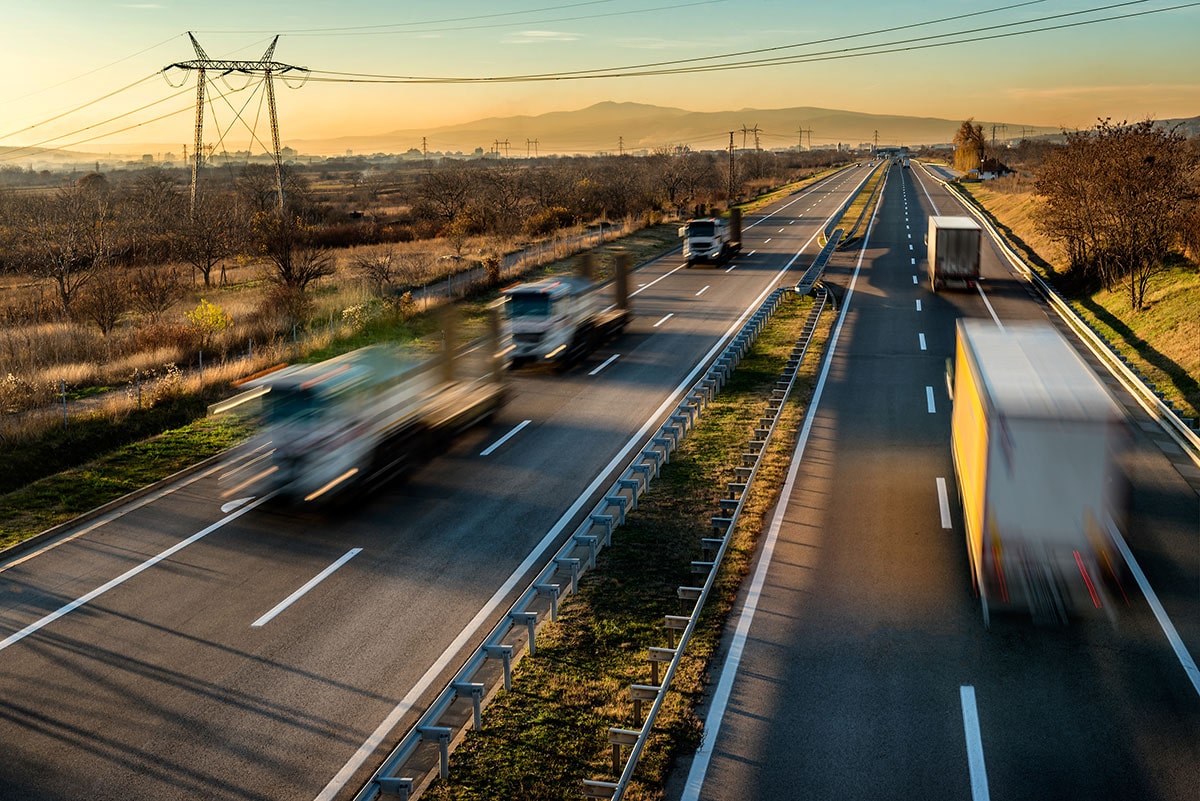 Railroads provided the next quantum leap forward for transportation. Trains themselves, and the tracks that supported them, were only made possible by the mass refining of iron and steel that began during the Industrial Revolution, plus the mining of coal, which provided fuel for early trains.

While the top speed of a horse is about 55 mph, and that only in short bursts since horses need to rest, 19th century trains could approach 80 mph, provided they were traveling on a straight, well-built track. Railways proliferated throughout Britain and especially the United States, whose vast land area made railroads the best option for getting from place to place quickly. Railroads could also carry much more cargo and passengers than horse-drawn carriages and canal barges, since expanding a train’s carrying capacity was as simple as adding another boxcar.

Automobiles and the Trucking Industry

Trains are still used today for much bulk transportation, but the addition of the automobile was the final key to the modern transportation system. Cars are much more flexible than trains since they are not confined to a set of tracks; they can drive anywhere there are good roads. As engines got more powerful, cars got bigger and mass shipping on trucks became possible.

Today’s goods move around the world faster than anyone could have dreamed of 200 years ago. CIE Manufacturing is proud to be at the forefront of an industry that helps knit the world together, most recently introducing the North American Pioneer Chassis line manufactured in our facilities in Virginia and California. We can’t wait to see what future advances in transportation are yet to come.