How the Shipping Container Changed the World

How the Shipping Container Changed the World

TThe 20th century saw the advent of many amazing inventions that changed daily life: television, the personal computer, the Internet, plastic products. But one of the most important inventions of the 20th century is often overlooked: the shipping container.

By standardizing the transport of freight around the world in a safe, durable package, the shipping container enabled the explosive growth of international commerce. The cheap costs of many consumer products that are shipped worldwide, from shoes to DVDs, are made possible by this crucial invention. Essentially, it’s a box, but it’s the most important box in the world.

The Invention and Popularization of the Shipping Container 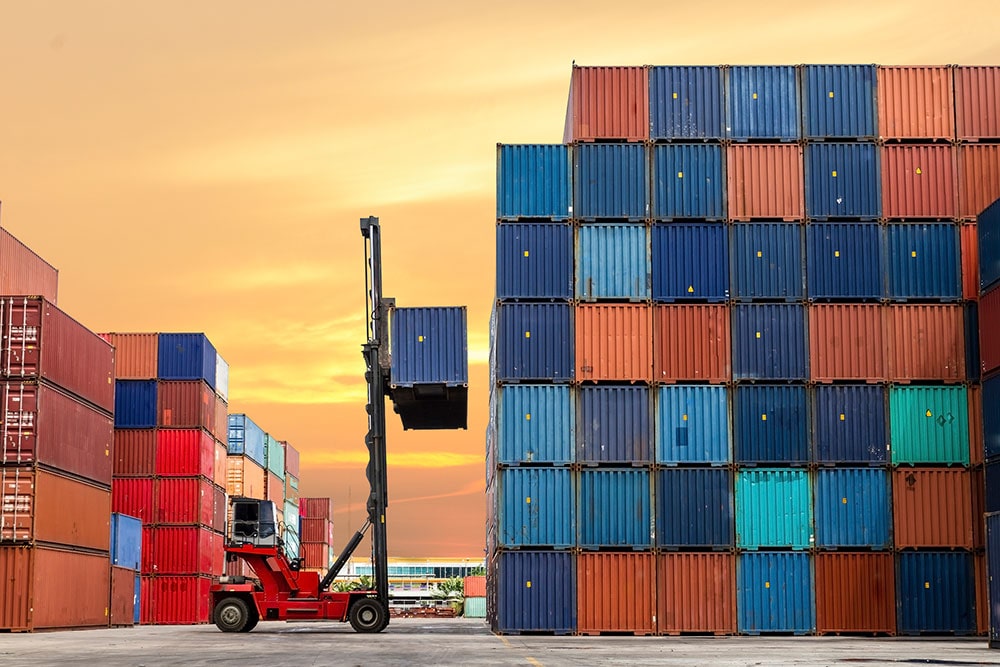 The shipping container was invented and patented by Malcolm McLean in 1956. McLean owned the largest trucking company in the US at the time, and saw firsthand how inefficient the process of loading and unloading could be, with cargo shipped in wooden cases that came in all shapes and sizes. His innovation was standardizing the size of containers, which made them ideal for intermodal transport on trucks, trains, and ships.

In April 1956, the first commercially available shipping container made its way from Newark to Houston. Ten years later, in 1966, container shipping became available for international routes. Then the Vietnam War jumpstarted the process.

The war created a need for massive volumes of supplies to be quickly transported. This was when the idea of shipping containers gained traction and recognition in the marketplace. By the end of the 1960s, McLean sold his empire for roughly $160 million. Later, the International Maritime Hall of Fame voted him as their “Man of the Century.”

It is no exaggeration to say that the shipping container created the modern global supply chain. In 1980, containers carried about 102 million metric tons of goods. In 2017, that number had increased by a factor of eighteen, to 1.83 billion metric tons.

Then and Now: Before the Shipping Container

Before McLean’s invention, freight traveling by sea was generally loaded in individually counted units (i.e. five barrels of wine, twenty cases of apples, etc.). This was referred to as breakbulk cargo. It resulted in lengthy cargo manifests and additional busywork for port officials, who had to individually track all those items.

Goods had to be put through a series of pick-ups and loads from factory to vessel. Then they went from vessel to warehouse, from warehouse to truck, and so on. All this transferring of cargo made shipping items costly, unreliable, and time-consuming.

Sometimes, loading and unloading a single ship could take up to a week. Since a ship only earns money while at sea, a lot of potential revenue was squandered while the ship sat waiting.

Then and Now: Benefits of the Shipping Container

Today, after the burgeoning of global trade, we can see the clear benefits of the shipping container:

Like any technology, the shipping container has been improved and refined over the years. Some of these improvements include:

Outlook for the Year Ahead

Roughly 90% of global trade is now conducted via sea, and 60% of that is packed in shipping containers. In 2019, a staggering $14 trillion of all goods worldwide spent most of their time inside of one. Due to the pandemic, the cost of shipping goods via container has quadrupled, as part of general disruptions to the global supply chain. Almost 70 years after its invention, the humble shipping container is so central to global trade that price fluctuations like these can influence the fate of entire economies. Pretty impressive for a steel box.

For more information about how CIE Manufacturing can assist you with your container needs, get in touch today!